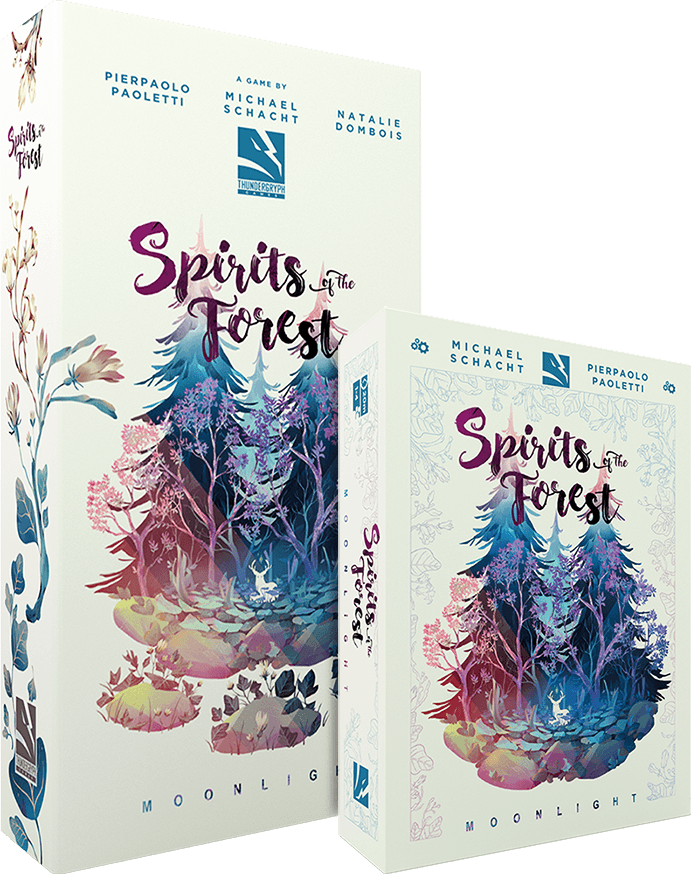 SCENARIO-BASED CO-OP / MULTIPLAYER EXPANSION FOR SPIRITS OF THE FOREST

Once an age, a mystical wind lifts the veil that separates the spiritual realm from our physical world. Whimsical seraphs, drawn to the vigor of an ancient forest, descend through the clouds, once again, to play their centennial game. This time, however, the moonlight beams reflecting on the foliage will draw the seraphs deep inside the forest, to get a glimpse of the unseen.
An enchanted world brightened by a gleam of moonlight  waits to be discovered.

Spirits of the Forest: Moonlight is an expansion for the base game that adds a scenario based 2-players co-op mode that can also be played in solitaire, and an alternative multiplayer variant that can be played up to four players. 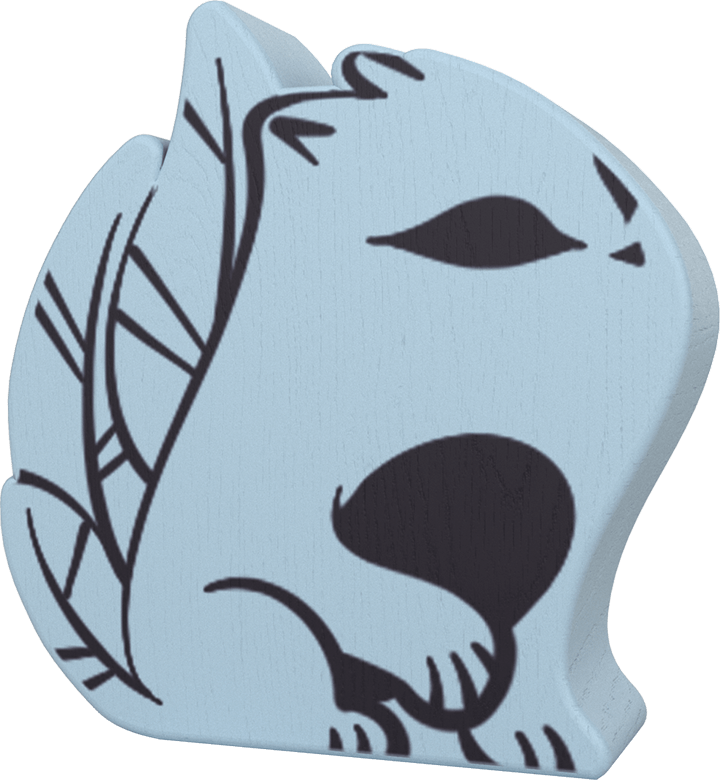 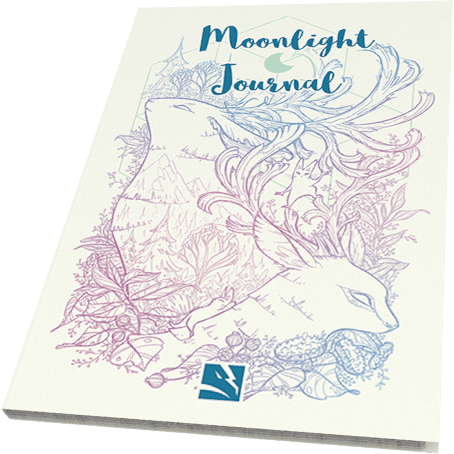 Experience the moonlight journey with different scenarios that will change the puzzle solving strategy. Take notes of your achievements and scores directly in the journal. 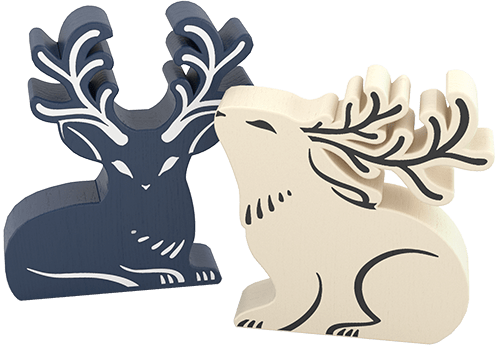 These creatures will be a fundamental part of the game as their position in the Forest will decide which tiles you will get access to during your turn, and which moonlight bits you will be able to keep. 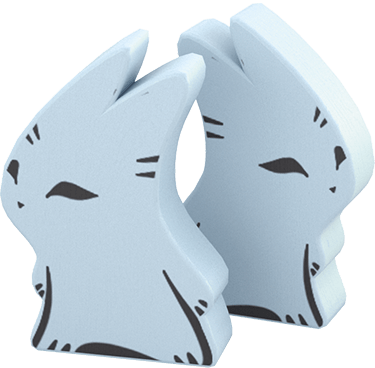 These little creatures will primarily allow you to score points at the end of each scenario. The more you get, the more Spirits you will be able to get points from. 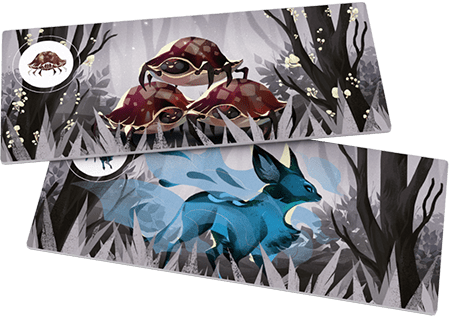 This is a new type of tile that will be included in selected scenarios and in the multiplayer variant of Moonlight. Its rules will change depending on the scenario you are playing.

Join us on Kickstarter: July 21st 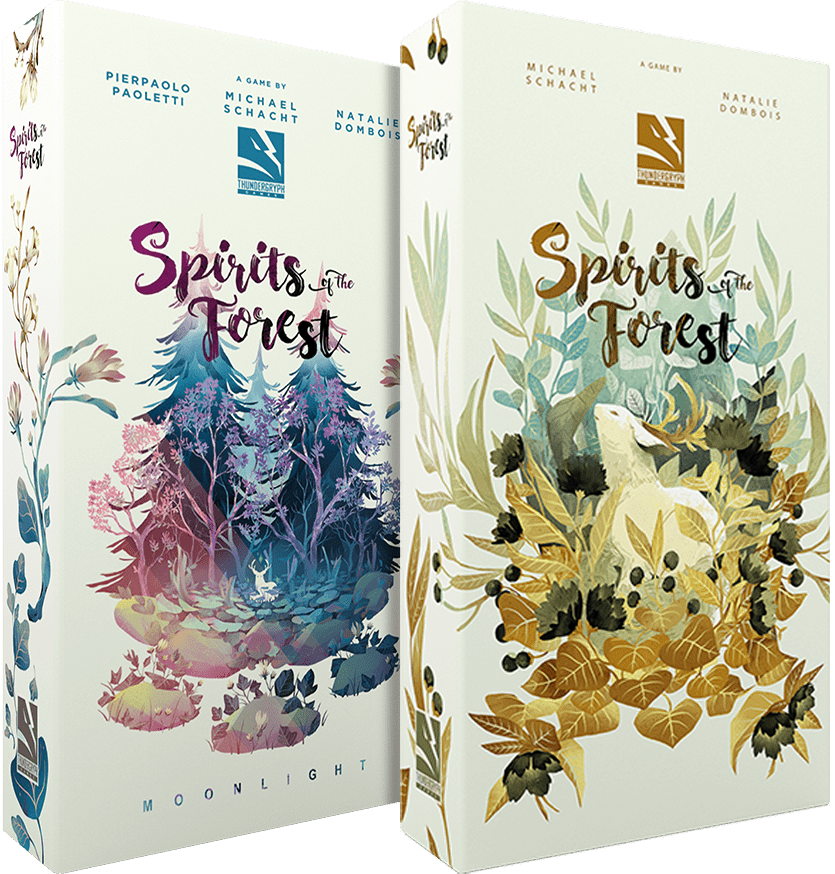 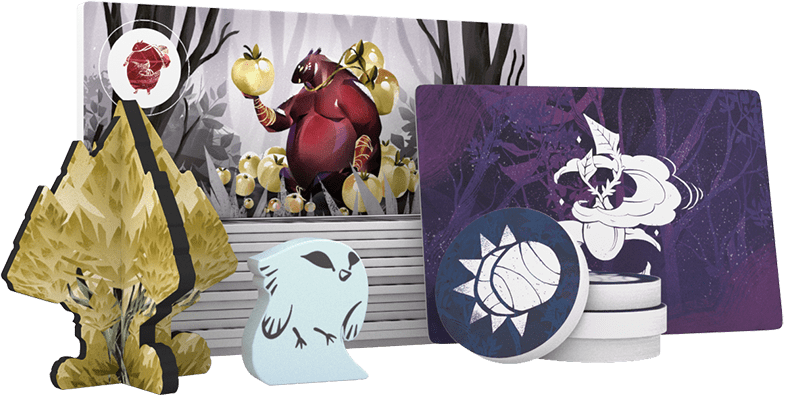 Visit our campaign on the launch date to discover Spirits of the Forest digital and help us improve it by unlocking new additional features. Free for everyone to download immediately with asynchronous multiplayer and the solitaire mode you know and love.

I just found out about this game 2days late from Jamey Stegmaiers video—will I be able to access a pledge manager to purchase? Thank you!

I think I will have to join this campaign – the production quality is off the charts.

Love this game and was so sad that I found it after the fancy wooden version was unavailable. An chance to get it now is great.

Already told you on Facebook what I think about your campaign after I asked about if the Moonlight expansion would get a collector’s edition along getting a chance to get the collector’s edition for the base game along with it (Which I was pleasently surprised that you quickly replied back that I should be able) Again, I just want to say good luck with your campaign and that you’re able to get all your intended bells and whistles of stretch goals 😊

Great filler game. but need to have better production for not duluxe version

I’m here for the meeples!!!

Looking forward to adding this to my shelf

The art for this is absolutely beautiful!

I’ve never played the original, but this all looks fantastic!

Wow look super interesting i crave for it

Looking forward to the KS, this looks awesome!

My wife loves Spirits of the Forest. She’s excited for an expansion.

Love this game and the artwork; very excited for the expansion.

very excited to add this to my base game

Awesome, can’t wait to see what the KS campaign will unveil !

Excited for this to go live!

Another beautiful game from Thundergyrph.

One of the most beautiful games in my collection!

looking forward to playing the game 😀

I haven’t come across your games before but now super excited to follow them!

I didn’t realize the game wasn’t being printed and stocked and was so sad. Just last week hit up Seattle and found 0. This news made my day

I can’t wait to see what this game is. It looks pretty interesting 😃

Can’t wait for this addition!

Excited to see a co-op option which me and my wife could play together!

I adore the artwork on the cover, hope it is all as beautiful. I’m always looking out for co-op games to play also.

No questions, just looking so forward to this, so excited!

Oh, I am so excited for this!

I never knew about this game but it looks so fun!

Can’t wait for the launch!

I love it I need it

Cant wait for the expansion!

Can’t wait for moonlight, loving the base game 🙂

Can’t wait to have those cute moonlight creatures at home !

How can I get the original game first?

Hey Paula! You will be able to get the original game in the same KS campaign 🙂

Watched the stream. cant wait to get my hands on this. 🙂

Hoping the new campaign has a slightly larger box. My retail base game box is crammed full with all the extra promos and KS content. Definitely no room for expansion content. And if there is a larger box, will it be labeled with the game’s name on the short edges of the box? These are pretty much required for me to be able to back. Thanks for considering these usability improvements!

Hello Jack! We are definitely adding a way to get a bigger box to store all of the components from base game + expansion. It will have both titles in the shorter side.

Will there be a complete collectors edition with the expansion?

Hello Viri, we have around 200 collector’s from the past campaign that we will offer on this one.