Thank you for your interest in reviewing Spirits of the Forest!
We are collecting the data from all our reviewers to organize our schedule accordingly. We will contact you with some questions. Be sure to reply to our email as soon as possible. Thanks!

Once an age, a mythic wind lifts the veil between the spirit world and ours.

Whimsical seraphs, drawn to the vigor of an ancient forest, descend through clouds to, once again, take up their centennial game.

You are one – a being of great power and curiosity. The life of the forest fascinates you, and you eagerly gather plant, animal, and sprite alike to add to your mystical menagerie. But beware, for you are not alone. Other beings just like yourself contest to collect the life of the forest as well! 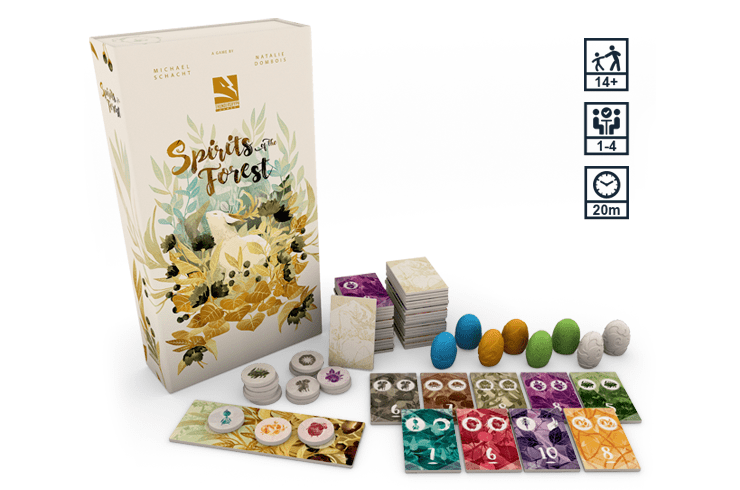 In Spirits of the Forest, players represent the four elements that nourish the forces of nature. Up to four players compete to acquire the most spirit symbols, as they score nature points for having the majority of each spirit. The winner is the player with the most nature points at the end of the game. 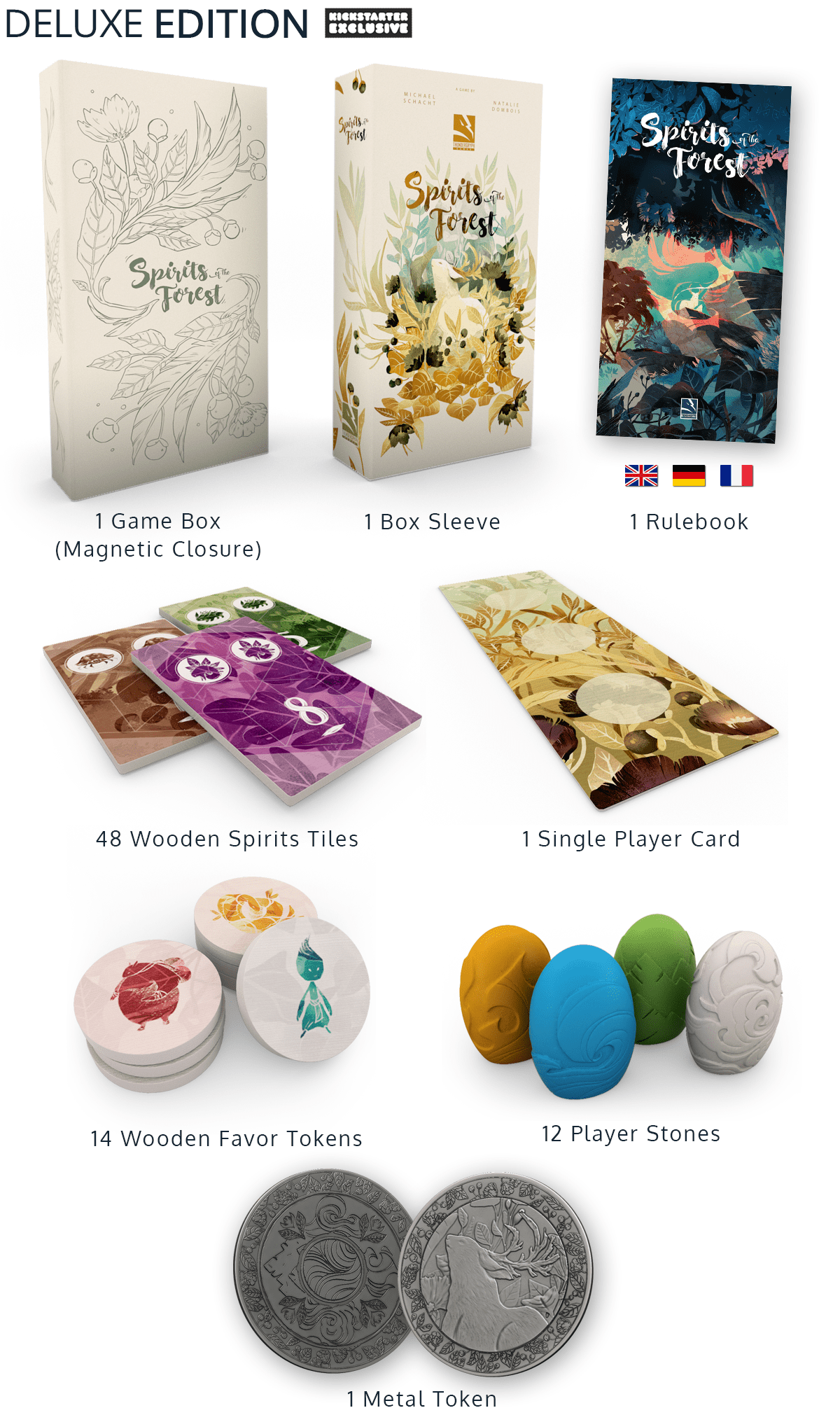 Stay updated & get a special gift

Play the game for free on tabletopia

Inside the box you will find the game rules and tiles in english, however, we’ve translated them in three different languages. If you have any question, tweet us @tgryphgames with the hashtag #SpiritsOfTheForest and we will reply promptly!

WIN A COPY of Spirit of the Forest

Win a copy of Spirits of the Forest Deluxe