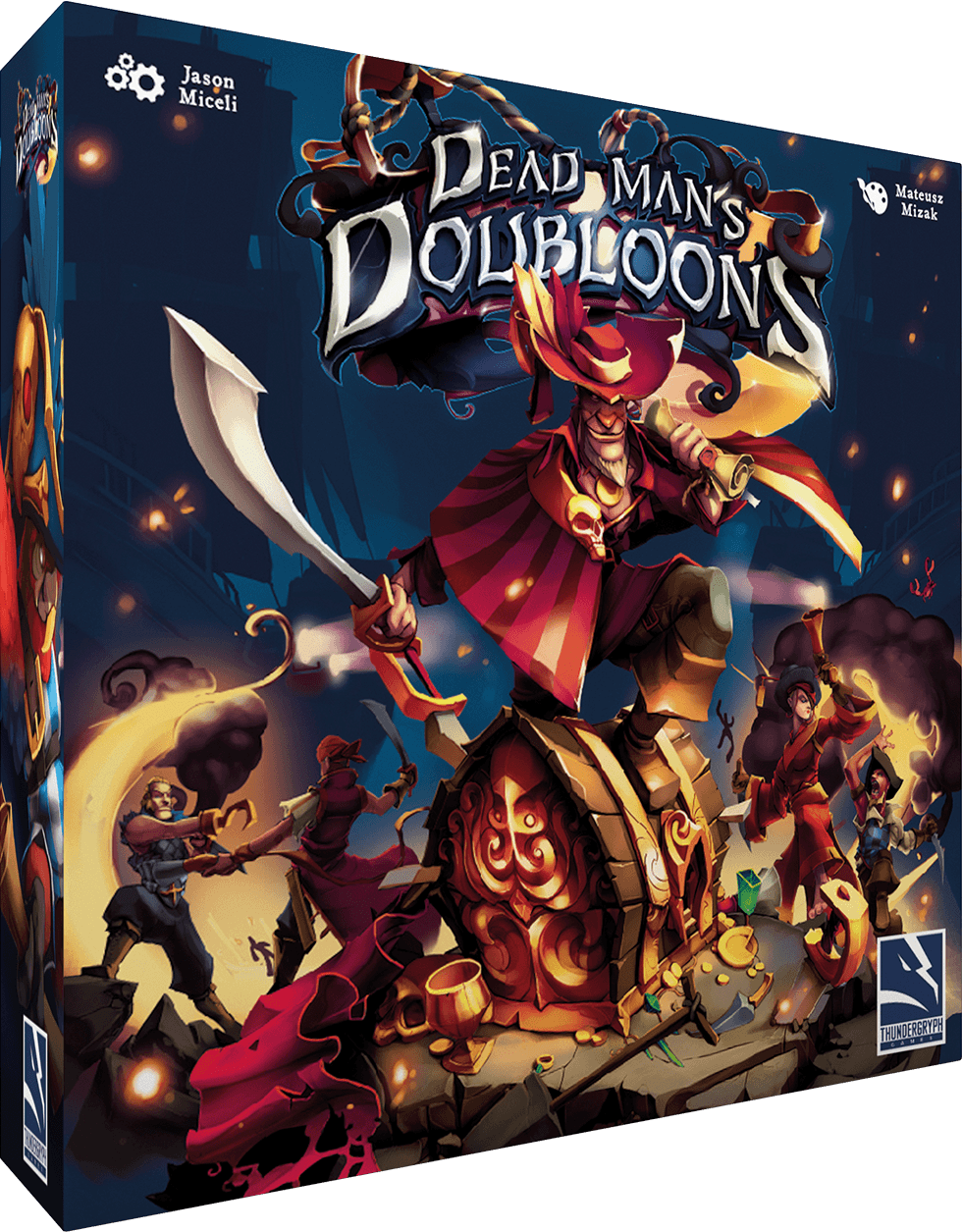 Prepare for an adventure of high piracy in Dead Man’s Doubloons, a new action-packed board game for 2 to 6 unscrupulous scalawags, playable in 30-45 minutes. As the game begins, each player assumes control of a unique pirate captain, their ship, and a rapacious crew.

The first task is to gather treasure map fragments scattered in the waters surrounding a mysterious Island, while fending off rivals and navigating the reefs.

With a mostly assembled map, the captains then lead a small landing party along the obstacle-strewn paths to the summit of Zotètmon Mountain. There a legendary treasure trove is buried, one that only the savviest of Captains will find.

The final phase brings the ships back to sea in an epic battle royale. Sunken vessels become ghost ships, with their treasure cursed. Yet even a phantom ship may prevail, if they play their cards right. When the smoke clears, the game ends and the richest pirate is crowned the winner!