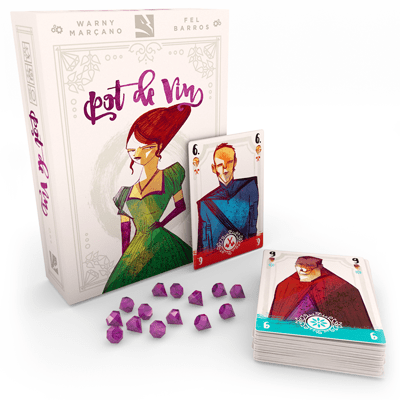 These are uncertain times. There has been a power void since the coup. Everyone from the highest aristocrat to the lowliest gang boss strives to gain the support of the guilds — but to get this means bribery, skullduggery, and knowledge of the four most powerful and influential figures in the city. Knowing when to strike requires cunning and prudence. News travels fast, and no guild wants to become infamous…unless of course they can profit from it! 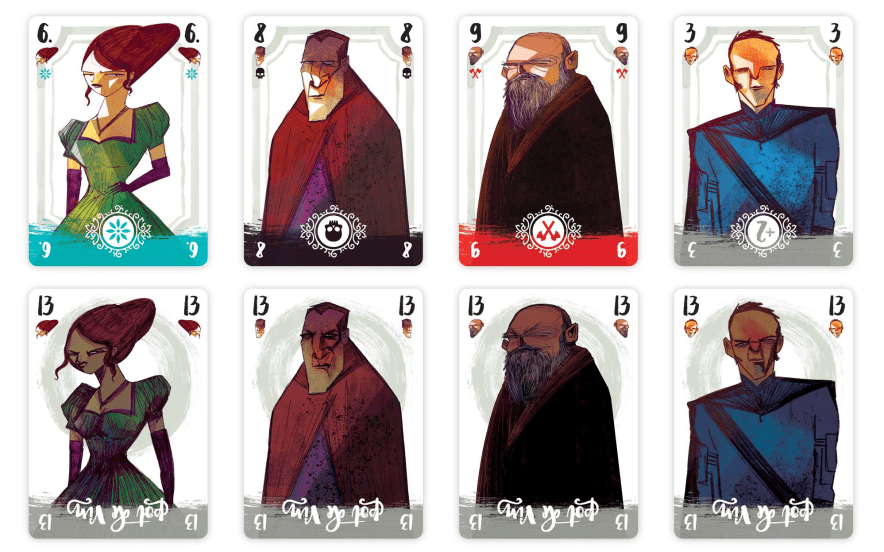 We are so excited to announce our next game: Pot de Vin, a 3~6 players strategic Trick Taking card game about Bribery. This is our first game to go directly into distribution with a first print of 10k copies in 6 different languages thanks to our amazing partners (English, French, German, Italian, Spanish, Portuguese)

In Pot de Vin, the goal is to collect sets of different guild symbols by winning rounds and claiming the cards of your opponents. Gather the right amount of symbols to gain the most points. Jokers can be added to a guild of your choice, but watch out for the Pot de Vin; if you don’t collect them all, they will hurt you in the end.

No Kickstarter and no Stretch Goals, everything is already unlocked for an amazing final product. Spot UV and foiled box, 64 beautiful cards with metallic ink, plastic gems, a custom insert and a full color scorepad and pencil for just 15€ MSRP.

BRIBE TO GET POT DE VIN

Contest will start on September 5th

The story behind the name
The origins of the term are not known, although “pot-de-vin” already existed in the 16th century.
It probably came from the Middle Ages: fortified cities, which were the places where all merchants would come to to do their trade were fortified and guarded with only a couple of entry points. Theses gates were guarded by soldiers all day and all night.

Trading cities would often require a small tax from out-of-town merchants or peasants to enter the city and sell their goods. So some merchants would try to avoid paying the city tax by offering wine to the soldiers guarding the gates.

…and who wouldn’t accept wine when you have to guard a gate for hours in all weathers, especially when your salary is ridiculous and wine a luxury you cannot afford too often?

On August 21st, in the preorder page you will be able to Bribe a Guard to get the game for free! So you have time to think about how to bribe him (either candies, hugs or literally wine).

During the launch week, you will be able to send your bribe. The most original bribes will win a free copy of the game! 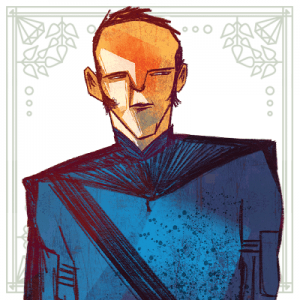 Any chance this game is close to shipping? Any update?

Can we get a look at the rule book? How will it be sold in the u.s.? I can’t wait to get my copy.

If the game is the same quality as Overseers then it should be good. What size are the cards, same as Overseers, and if so will there be a sleeve add-on option?

I like that all of your games have wonderful art. Keep that good job!

What is the weight and finish of the cards?

Did you manage to secure a better shipping to Canada yet? I am afraid that for such a game, the shipping will end up costing as much as the half of game itself.

The art looks amazing! Fitting in well with the rest of your games! Can’t wait to get my hands on them

Will it be delivered to Asia, specifically Malaysia?

Hey Allen. Yes we do ship to Malaysia. Shipping cost should be around 7~8€.

Brilliant campaign so far, and the pre-orders haven’t even started yet! It would be amazing if we ever happen to unite forces and work in a game in the future. Looking forward to see updates about the game!

Thank you so much Kevin! August 21st is gonna be amazing 😀

Quick question for ya: the material you’ve provided says that Pot de Vin will be a game for three to six players, but is there a “sweet spot” where the number of players best suits the play style of the game? Or does the game scale equitably to all four player setups? Thanks!

Hey Brendan! The game scales equitable around all the different setups. If you are playing with 6 I really recommend the team mode, it is crazy fun!

This is just too good to pass up and it be weird not to have this in my collection, gotta have all the games!

We will have two titles per year in this line of games 😀 Hope that’s fine for you!

Love the artwork! What would shipping to the UK cost on this? If I pre-order an Overseers too would they come at the same time? Thanks!

Shipping cost should be around 6€ flat for any game you would like to add into your order!

Seems like an awesome idea. Can’t wait to try it out!

The art looks great, can’t wait to see the rules!

The artwork is absolutely beautiful for this game!

Another game with beautiful graphics, I’m sure the gameplay will be of the same level.

Another great looking game!
Will the completionist in me be receiving a coin with this game also?

Absolutely! But just during the first 2 weeks of the preorder!

Will non-gamers learn this easily.

Oh yeah absolutely. I can explain this game in less than 3 minutes.

What an amazing game !!

Excited for the Foil ink on the cards! Also, having the scorepad printed in full color is really neat! Definitely agree when you say “everything already included”. Congrats!

We focused on making the game as we imagined from the start, we are very pleased with the result 🙂

That aside, the game looks great. I’m imagining it will slide quite well into my group.

Love Weberson style too! You will be able to read all about the game on August 21st 😀

Still getting plenty of games out of Overseers and I’m looking forward to this! Keep up the great work. I’m always excited for some skullduggery

Thank you Sebastian! So glad you are having fun with Overseers. Skullduggery is always welcome in our playgroup too.

Loving the style and the art work. And trick taking games are something I’m missing. Eager to try this one out!

I’m sure you will love it Brad!

Will you offer replacement score pads? Is each sheet good for just one game?

Hey Lee, thanks for your question! Each sheet is good for four games and the score pad included has 50 pages! You will be able to buy additional score pads if you want of course.

I hope it is easy to score the game without using the score pad. I like keeping my games in top shape, and strangely this includes not wanting to write on things whose sole purpose is for me to write on them.

We have never used it to calculate the score, it is quite simple, but sometimes players just want to keep track of it so we thought it was a nice addition 🙂

Love the art. Will I be able to backstap, so my competition strangely disappear and i will be doing all the shoulder rubbing?

Ooh, who did the art? Looks quite similar to the Bloody Inn.

Hey Andy, it is exactly the same artist! Weberson Santiago 🙂