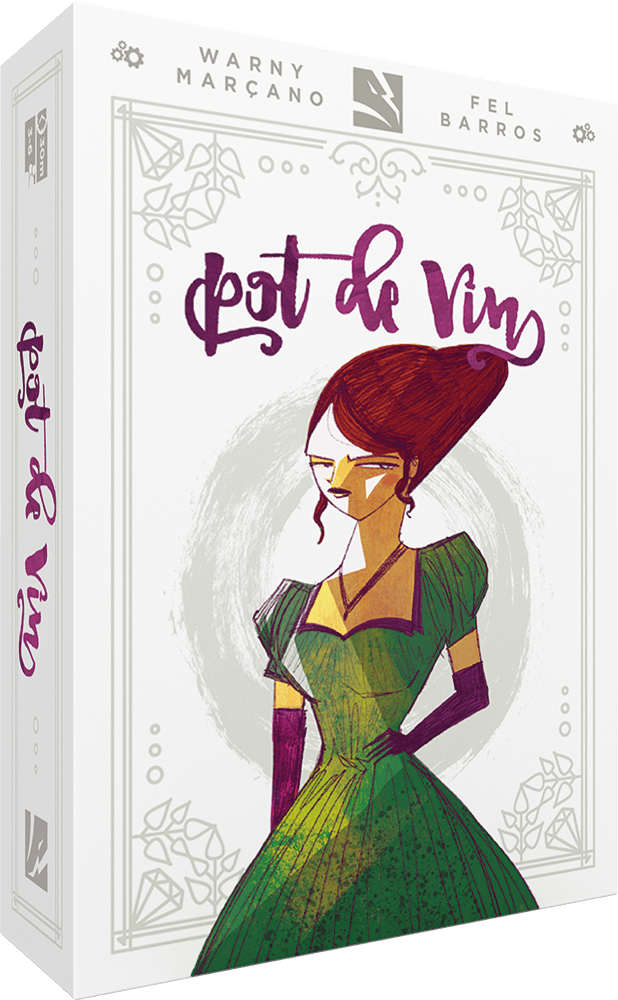 These are uncertain times. There has been a power void since the coup. Everyone from the highest aristocrat to the lowliest gang boss strives to gain the support of the guilds. But to get this means bribery, skullduggery, and knowledge of the four most powerful and influential figures in the city. Knowing when to strike requires cunning and prudence. News travels fast and no guild wants to become infamous... unless of course they can profit from it!

In Pot de Vin the goal is to collect sets of different Guild symbols by winning rounds and claiming the cards of your opponents. Gather the right amount of symbols to gain the most points. Jokers can be added to a guild of your choice, but watch out for the Pot de Vin (13), if you don’t collect them all, then they will hurt you in the end.

We use cookies to ensure that we give you the best experience on our website. If you continue to use this site we will assume that you are happy with it.OkPrivacy Policy