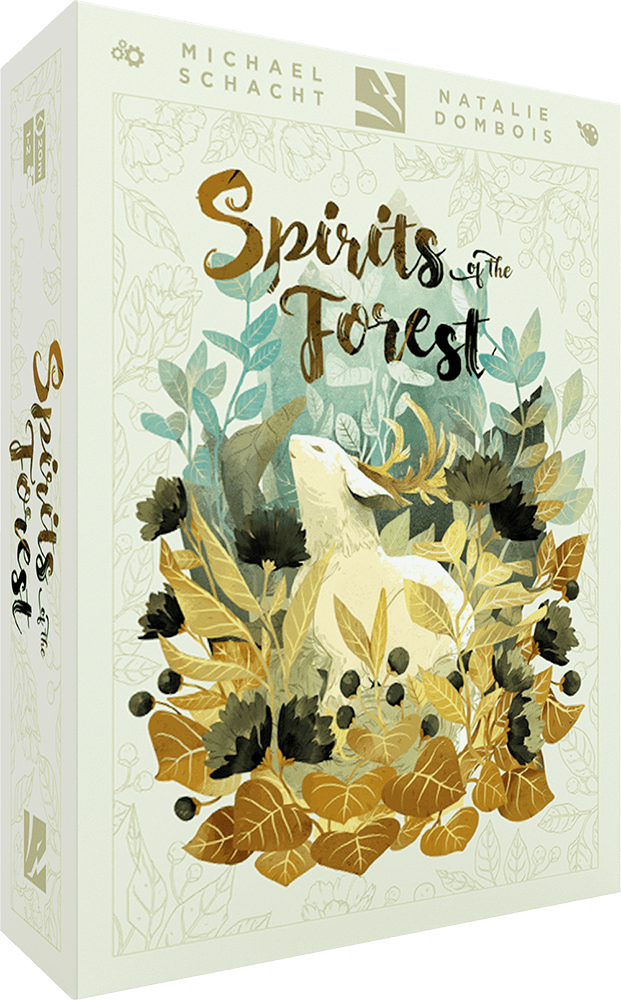 Once an age, a mythic wind lifts the veil between the spirit world and ours. Whimsical seraphs, drawn to the vigor of an ancient forest, descend through clouds to, once again, take up their centennial game.

A charming set collection abstract-like game by Michael Schacht. Learn in five minutes and play solo or up to four players.

In Spirits of the Forest, players represent the four elements that nourish the forces of nature. Up to four players compete to acquire the most spirit symbols, as they score nature points for having the majority of each spirit. The winner is the player with the most nature points at the end of the game.