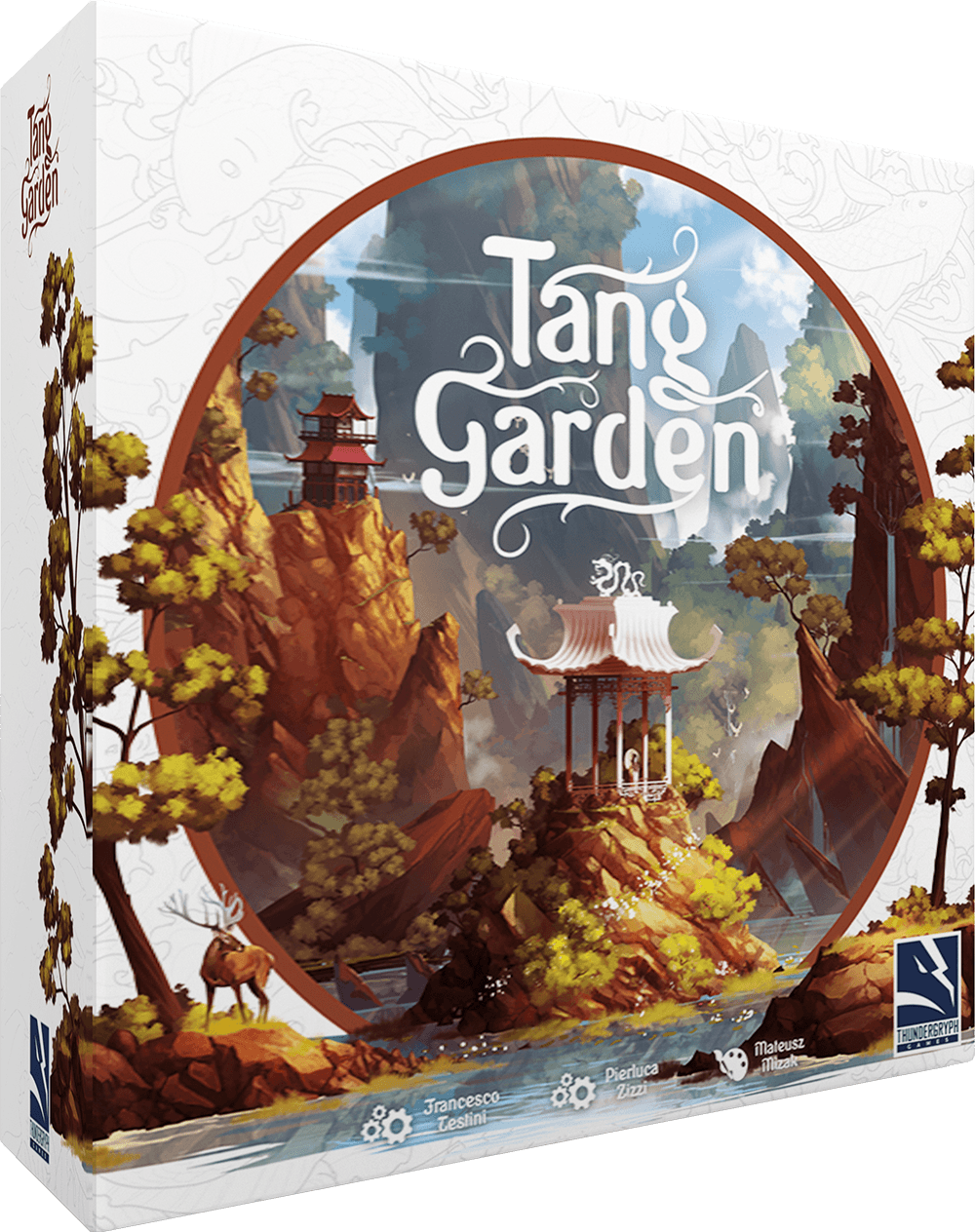 The Tang dynasty was considered the first golden age of the classical and now iconic Chinese gardens. Emperor Xuanzong built the magnificent imperial Garden of the Majestic Clear Lake as an homage of life itself.

Tang Garden is a Zen-like game that will take you to the first golden age of China, where players will progressively build a garden by creating the landscape, placing the scenery and projecting their vision through vertical panoramas. During the construction, noblemen will visit the garden to admire the surroundings and the way the natural elements coexist in the most breathtaking scenery humankind has ever laid their eyes upon.
Game Rulebook
Try it on Tabletop Simulator
Try it Free on Tabletopia

Draw two decoration cards and place them face up to create the decoration showcase.

Note: The lantern to place two decorations cannot be used to take cards from the showcase.

After the base game setup, draw 4 tiles per stack to form a fifth stack composed of 16 tiles that will be placed face-down, aside of the board. Draw three tiles from this new stack to form the market.

When a player decides to "expand the garden", instead of performing the normal action, they may choose to take a tile from the market by following these rules:

At the end of the turn, if the market has only one face-up tile, draw two new tiles to replenish the market.

Note: The tiles in the market can also be taken with the lantern to place two tiles.

When players pick up a landscape token, they can decide to perform one of the following actions:

During their turn, as an optional action players may place any number of Landscapes Tiles they previously reserved in front of them for free.

At game end, any remaining reserved Panorama tiles will have to be placed in turn order.

During setup, the Emperor is placed in the garden on the starting point , while the emperor card is placed back in the box.